Men are being sold like commodities and auctioned as little as $400. Auctions in many locations across Libya are believed to take place each month. “The problem of slavery and human trafficking in Libya and other nations is not new and existed even during the regime of Muammar Gadafi.

On behalf of Africa Global Chamber of Commerce, we condemn these criminal acts of human trafficking and call for an immediate stop of these atrocities to human life. An international investigation must be launched to correct this injustice. We, the international community shall address the root cause of the problem and hold accountable the perpetrators of these violations of human rights, Libyan Gove rnme nt, African Leade rs, and the International Community including United States who created the current chaos in Libya” says Olivier Kamanzi, President & CEO of Africa Global Chamber of Commerce (AGCC).

Many African, Caribbean, and Latin Community Leaders in the United States have expressed their condemnations in strong terms on the slave trade of Africans in Libya and elsewhere. “Until such time every member of humanity agrees that slavery in all its forms is a totally prohibited and immoral act, we will continue to need our governments to speak out forcefully and continuously against this evil. It is not enough that all perpetrators of slavery will be brought to justice, we must create a world in which no one perpetrates these abominable acts” Dr. Vincent Idemyor, Chicago-based Clinical Pharmacologist and a Visiting Professor at the University of Port Harcourt in Nigeria. "America toppled Muammar Gadafi without a plan for the aftermath and has left the country in the hands of the militia, and in chaos. Migrants fled their homelands to Libya seeking passage to Europe in hopes of better lives and future for their families some escaping death in their countries. We have been hearing about the treatment of these refugees for some time, stories of lives lost in the hands of the militia, lives lost just making the treacherous journey. Nothing moved us to act until the images of humans being sold into slavery in this century and with social media nothing is off the table anymore. We cannot pretend we didn't see or hear without acting. Those images are haunting, that is someone's son, brother, father or mother. We as civilized members of the human race must never allow such atrocities to occur or to even allow it to get to this point. We ask you to act now and to act swiftly in bringing these people back to their countries and justice to those who perpetrated these acts on behalf of the victims" says Soraya Shephard, Founder & President Color Me Africa – South Africa.

"We were all shocked and could not believe such a thing still being done. We condemn such practices and ask the Libyan Government or anyone responsible to be accountable" says Mr. Patrick Ntula, President of Congolese Community of Chicago (DRC). "We condemn this indignant act of slavery of our African brothers with all our energy and we call the African Union and the international community to undertake an inquiry as soon as possible to place the responsibilities. We say NO to slavery" says Oumar Telly Diallo, President of Guinean Community Association of Illinois and Iowa (GCAII). “It is very disheartening to believe that slavery, I mean auctioning of human beings still exist. We need to wake up as African citizens and believe in ourselves that success is who we are and not where others claim it is. Also, African leaders need to come together to stop this act in our motherland because success and respecting of human right lies in our hands” Davidson Kwame Zigah, President of Ghanaian Professionals of North America and founder of Kale Realty - Ghana.

“An independent UN Investigation must be conducted immediately with Africans in diaspora independently represented. A permanent multinational force must be deployed in Libya to protect rescued immigrants while deportation will be monitored by the UN” says Franklyn Eke, Engineer & Project manager at Milhouse Engineering and Construction - Nigeria. The sale of people by these with no respect of basic human right should not be tolerated in the 21st century. This practice has no place today or tomorrow in any shape forms. No one should profit by conducting such horrific tragedy. This kind of activities undermines the rule of law and contributes to other forms of international organized crimes. Individuals or groups responsible for these

“I add my voice to the condemnation of these atrocities perpetrated against humanity and pledge my support in the effort to defeat this evil.” It is of great importance to form an Alliance with the international community to End Slavery and Trafficking to advocate solutions to prevent and end all forms of human trafficking and slavery around the world. Says, Dr. Melida A. Harris Barrow, Author of “Unveiling The Illusion: Know who you are” and Universal Peace Ambassador for Panama.

United Nations estimates the number of migrants in Libya at 700,000. Many of them were brought to Libya to fight on the side of the late Muammar Gadafi. Other African migrants are crossing the Mediterranean to Europe searching for better life. An influx of migrants from Sub-Saharan Africa transit in Libya before traveling to Europe and they are helped by Smugglers.

Chicago, Illinois, November 3, 2017 — Africa Global Chamber of Commerce (AGCC) announces a partnership with the Africa Trade and Investment Global Summit (ATIGS) and furthers the event’s mission to promote and facilitate international trade and foreign direct investment in Africa. The 2018 ATIGS edition will gather 2000-plus key economic players from more than 70 countries including government delegations, high-profile African leaders, project developers and international investors on June 24, 25 and 26, 2018 in Washington, DC.

Designed to promote and facilitate international trade between Americas, Asia, Europe, United Arab Emirates and Africa, the 3-days event will provide a unique platform to gain strategic knowledge about local investment opportunities and business networking. Over 150 speakers, 160 exhibitors and 350-plus global investors and deal making will top the agenda at ATIGS 2018, covering 16 economic sectors particularly manufacturing, agribusiness, power, construction, transportation, IT, tourism, telecoms, and natural resources sectors. High-potential projects in Africa will be presented to international investors. Featured agenda items will include projects showcase, deal marketplace, exhibition, country presentations, and among others.

About Africa Global Chamber of Commerce - AGCC
Africa Global Chamber of Commerce (AGCC) is a Chicago-based not-for-profit corporation with a mission to promote trade, investment, educational exposures, and cultural exchanges globally for Africa’s economic interest and its partners starting from the United States of America. Locally, AGCC strives to serve businesses and professionals seeking business opportunities, while also, facilitating mutual commerce between US and Africa. 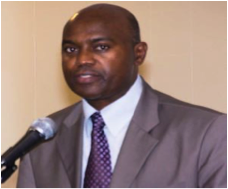 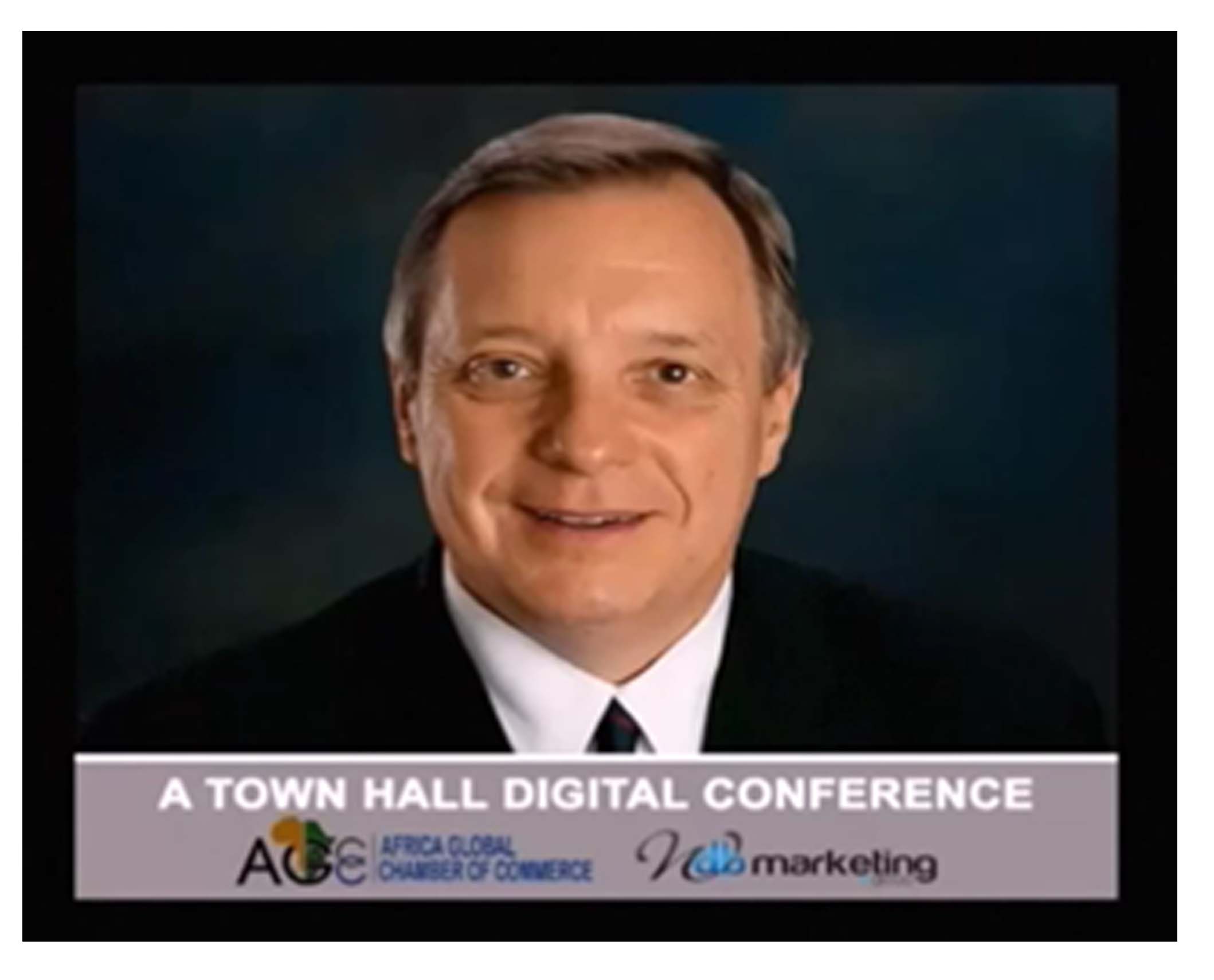 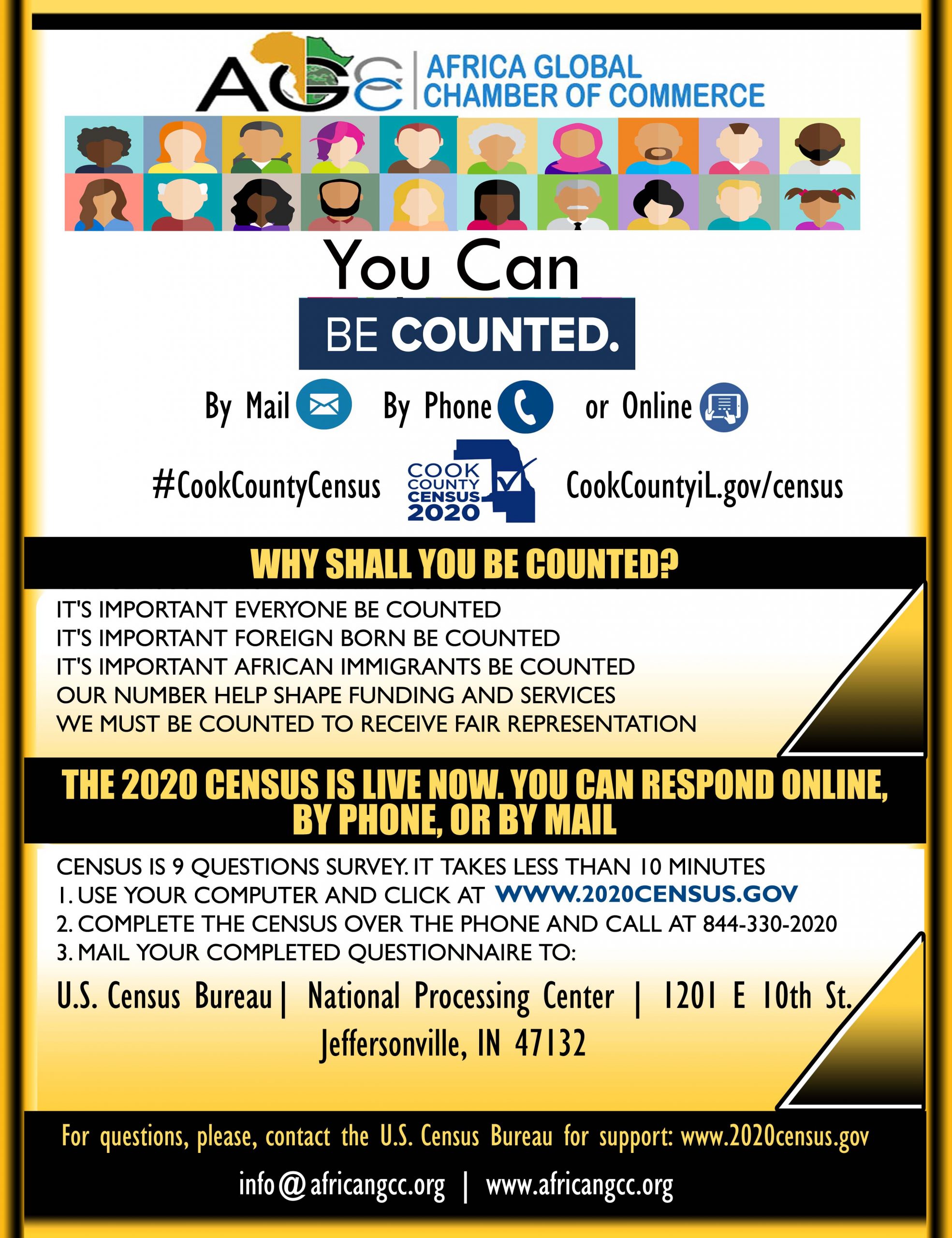 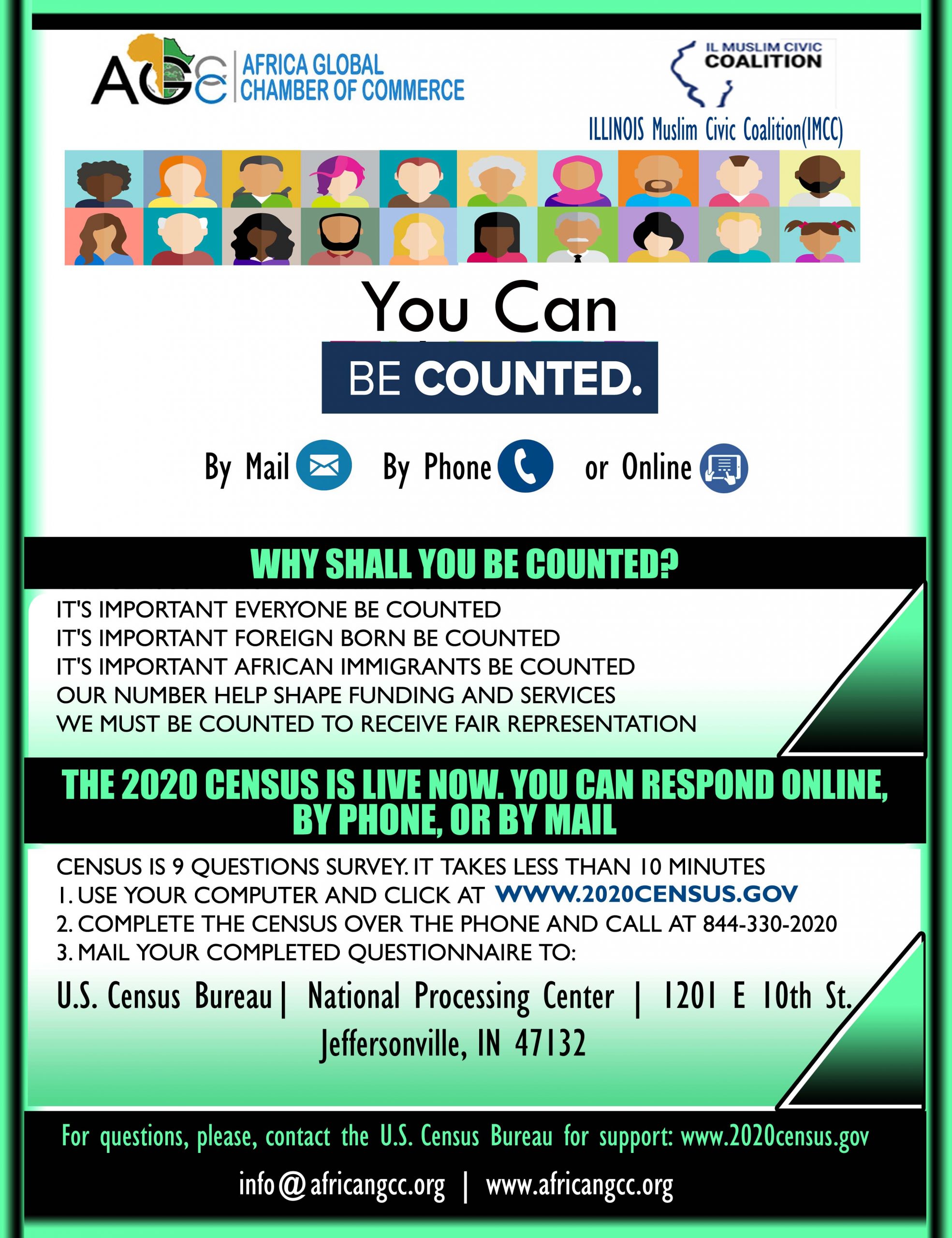 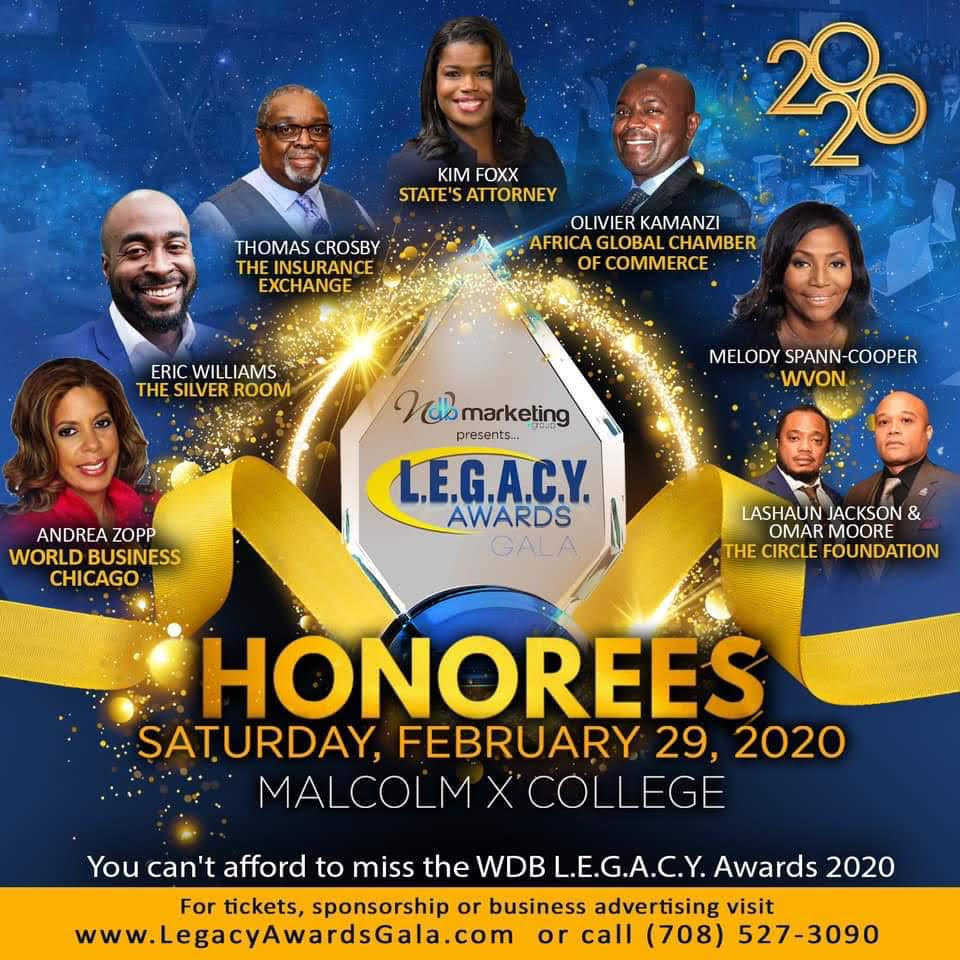 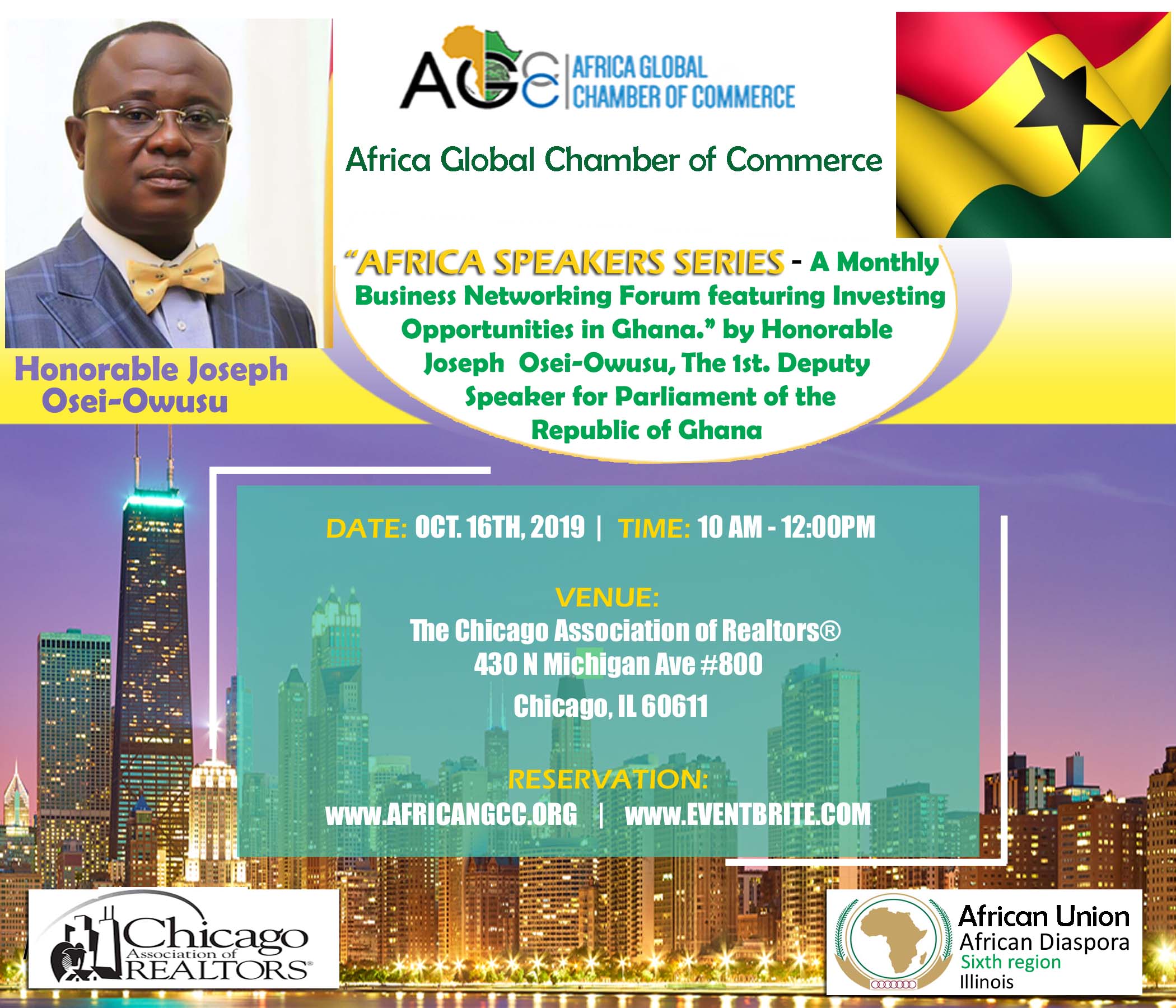